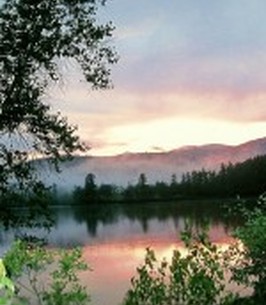 January 14, 1935 - June 16, 2022 Service Date: A Graveside Service will be held later. William E. Pelletier, 87, a longtime resident of Sanford, passed peacefully on June 16, 2022 at Sedgewood Commons in Falmouth. William was born on January 14, 1935 in Sanford, the son of Claude and Nancy L. (Stacey) Pelletier. He was raised in Sanford and graduated from Sanford High School with the Class of 1954. William married his best friend and soulmate, Joyce Normandeau on May 7, 1955, and would share 67 years together. They were a match from the start. They both were diligent workers, raising most of their own food, raisings chickens, ducks, and pigs. They always had a large, bountiful garden which Joyce would spend many long nights canning their harvest. How sweet it was to have fresh veggies in the winter! Bill worked in the local shops, was a talented carpenter and was employed with Hussey Manufacturing in North Berwick as a fabricator for 20 years before he finally retired. Many weekends Bill and Joyce spent time at different shooting ranges using their black powder rifles. Joyce was pleased to share she could beat Bill and others at tournaments. They traveled through-out New England and met many of their longtime friends at these events. Together they enjoyed dancing and spending a night out with several other couples. They were blessed with longtime friends and always kept their door open for family and friends. The many dogs and cats would greet you upon your visit. William was an honorable, hardworking, and devoted husband and father. A ‘man’s man’ in every sense of the word. He served in the National Guard for nine years and was patriotic till the end. His family and close friends will miss him dearly. He is at peace and has been reunited with his daughters Susan and Sandra Pelletier Bonsall and others he missed and yearned to see once again. He is survived by his wife Joyce Pelletier and son Scott Pelletier, his aunt Yvonne Pelletier Edgerly; half siblings, Joanne Rodis and Bessie Carpenter; and three grandchildren and six great-grandchildren and nieces and nephews. He was predeceased by George Pelletier, Amanda Pelletier Bond, and George Rodis. A Graveside Service will be held at a later date. Arrangements are in the care of Bibber Memorial at Autumn Green, 47 Oak Street, in Alfred.